Some days ago at work, a female colleague showed me the list sent to her fiance. Honestly, the sight of it nudged me to malaise for customs and traditions and sent shivers down my spine. Again I didn’t say it’s for the wedding proper o, I mean the list of the items the man was expected to bring. I tried so hard to figure out why a family or community would demand such items before letting go of their daughter. I thought I could keep this to myself, but apparently, I couldn’t.

There were times when the first line of the first stanza of Sunny Nneji’s hit-track , Oruka, sounded really confusing. Yes! In a case whereby a man has found a wife but is struck on the face by the long scroll of items to be bought and the amount to be paid to the girl’s family. Can I say he has found a good thing?

Usually, there’s a flurry of Wedding invites this time of the year. But we all know those statistics don’t reflect the reality of the mood and the man’s “bottom line” after the events and celebrations. A huge chunk of the expenses is on the fulfilment of the traditional list. And sadly, this ritual is usually seen as the sound conduit between both families.

Make no mistake; bride price palaver is becoming a stinker in most tribes in Nigeria. The list handed out by some families is becoming a bitter pill to swallow.

The percentage of guys that get married before 35 has dropped significantly and my proof is the number of them claiming “beard gang” up and down. So this leaves me wondering. Is bride price becoming a kryptonite? This seems like a trivial question until you consider the number of Men that shelve their frustrations and just take the financial gamble because they do not want to let a good girl go. 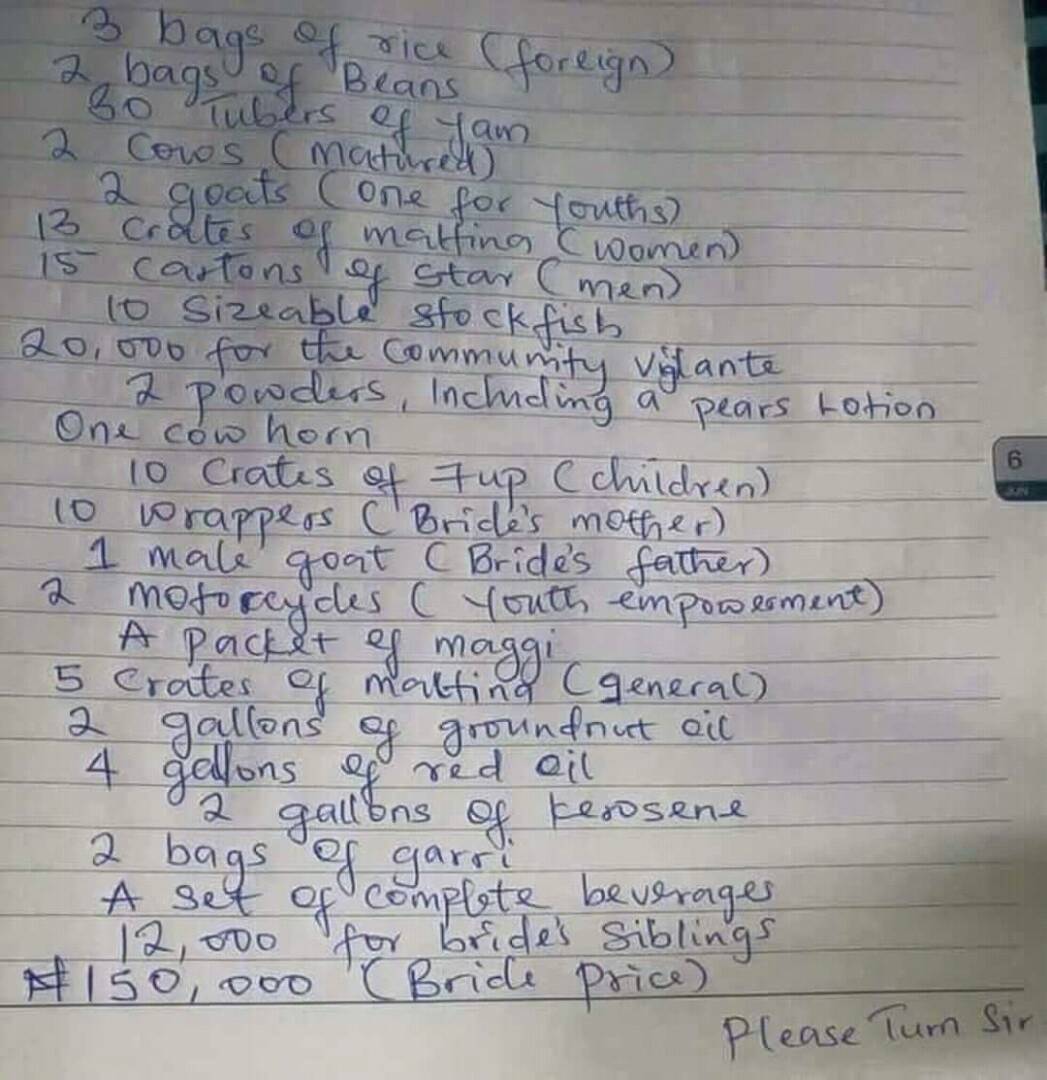 Ideally, every parent want to be sure that their daughter will be in good hands. This entails questions like what do you do? Where do you live? Who is your father? And some even funny ones like what car do you drive?

These might sound like harsh judgements, but the margins are unless you thick these boxes, you might just be in for some torrid time convincing them you’re right for their daughter. Especially in this “change” regime, nobody feels that incentive to support your development.

Recently on social media, a man ranted against bride price in Africa. He accused Africans of having no class and selling their daughters. Who knows if his was similar to the one I saw last week. Just saying! But some people wouldn’t mind. All in the name of Love, someone will gather his inheritance and embark on a suicidal journey for just introduction and village rites. Toh!

All of my critical assertions so far should be directed to some of the negative aspects of the traditions some of our communities hold on to. It’s time we Africans realise that marriage is never a market square where we price the most eye catching items or where we engage in trade by batter; pay me before you take away my daughter.

In one of my publications earlier in the year, I stated emphatically that no one can truly say they love without accepting the challenges that tag along, but not in this kind of situation whereby love is being tied on a stake and thrown into the Lagos lagoon to test how far it could survive under water. My brother, nobody should manipulate you to the point where you’re going into debt just to show a family you really love their daughter. That rubbish must end this 2017! 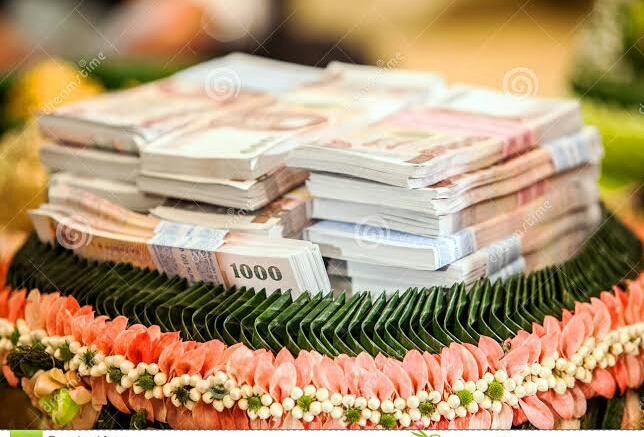 Right now I am considering the weight of my pocket and how far it could carry me in settling any of those exorbitant bride prices that could come my way.

So please help me confirm because the pressure is mounting. Pesin don dey old small small. How much is bride price in your village? Edakun……epp me.

13 thoughts on “The Bridge One Must Cross”