Have you ever found yourself in a situation where you had to take a difficult decision?

As I walked out of the Lecture hall immediately after the class to grab a sachet of pure water to quench my thirst from the vendors nearby, her tap from behind halted me in my strides. It would be the third time she would bring up the topic, and this time, she spoke with more urgency.

Nike has been persistent with her request to draw up a sitting formation with me in the exam hall following my good grades in the previous semesters.

She pulled me aside, and this time she spoke with real seriousness, “See Tony, I can’t afford to fail any of these courses else that’ll be extra year for me. Haba nah! Don’t you want me to graduate with my mates? Please, I’m ready to do anything. Just tell me what you want. Tell me the amount. Or is it s**? Please just tell me. We are both mature people here.”

She did not finish the sentence as she began another. Her quiet smile said the rest.

The words were still settling in my head. My legs quivered. I could feel my heart grow three sizes. I caught my reflection in her sun-shade, starring in sheer disbelief. Asides her financial pledges, her promise of coming to prepare meals for me in my hostel- not to mention the other kind of food- was some sweetener, of course.

I was groping for words like a snail finding its way through thorns as I tried to respond to her request.

That was some five years ago!

All these years, I thought Nike was the most daring, most fearless, most courageous Nigerian lady to walk the face of the earth. That was until a few days ago.

Much has been said about the lady that openly proposed to her supposed lover at Ikeja Mall, Lagos. In the short video clip that went viral, her man’s refusal to accept her ring really pierced her heart as she cried profusely at the disappointment.

Most people have slammed her for laying herself bare, and opening herself to very public humiliation. On no account, they believe, should a lady ever propose to a guy, else she looks cheap.

As Africans, we abhor the practice of a lady proposing to a guy because our culture counts it absurd. Little did we remember that most of our practices today lacks originality and are also borrowed cultures.

Even after fulfilling necessary traditional rites, most people still don’t recognize your status as a married person until you have walked down the aisle with your suit or white gown.

Hence, the challenge here is that the lady proposed to a man, not necessarily culture.

Lately, open engagements have become a trend where you find two people trying to involve the world in their union. I’ve witnessed several engagements in pubs I usually visit on weekends to relax. People have followed this bandwagon because we operate in a visual society where folks believe what they see, not necessarily what they hear.

Left for most guys, they don’t even care about the fuss but they do it because that’s what most ladies want. It’s one of the things they will always talk about. She might be 75 but still make reference to the day her man knelt down to ask her hand in marriage. 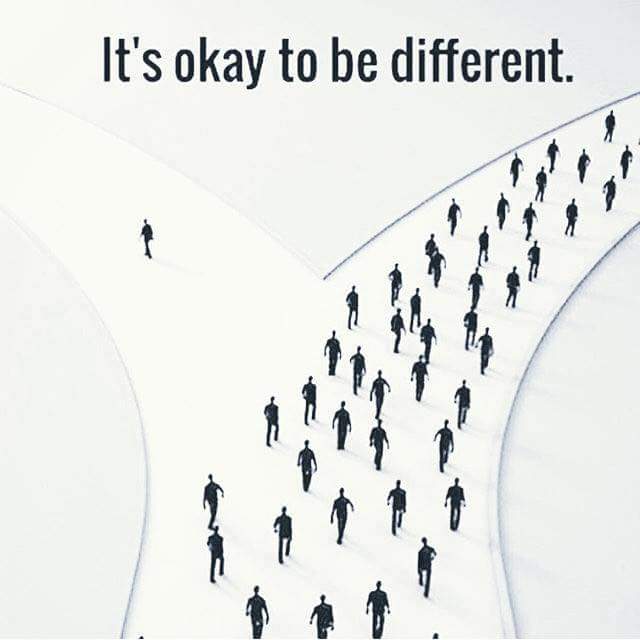 But here, we are talking about a lady who just refused to be culturally yoked. For some people, whatever it takes to move forward for a better future, they own it and make it happen- before it gets to the point where maybe, the only option left will be to carry placards.

That is why I totally frown at comments like “this girl has brought shame to her family and womanhood”.

Those proclaiming that she traded her morals for emotions, her dignity for love are somewhat, painfully naive of what love can make people do. Besides, that’s one positive guys can draw from this “change” regime. Girls are now proposing!

So, why should we condemn her for living her life? The guys refusal to accept the ring might just be a thing of principle, or ego. Though I understand his reason is that he is “married”. But how, and why did he lead her this far? That said, it’s his right to take that stance.

But it is also the lady’s right to believe that he loves her so much and wouldn’t decline. Maybe she has been constantly fed with the impression that he cares, adores and loves her dearly.

Had he accepted, it would have been seen as a proof of the new order of love- more evidence that love is not a respecter of culture. More significantly, it could have been victory for feminists. The thread might have continued, and that’s how new norms come to be.

Well, that’s the thing about love- it could go either way. And that is why even though I didn’t think it was entirely wise, I don’t condemn her. 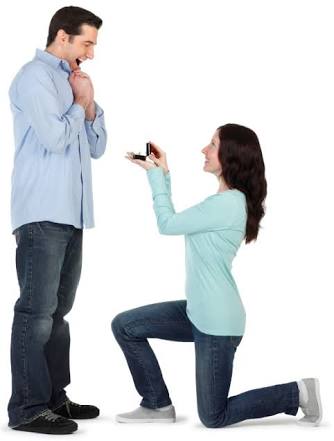 An emotional relationship without a position of clarity is like a keg of gun-powder waiting to explode at any moment. There’s always a fine line between being brave, being patient and wasting your time. Before you commit, you must find out the other person’s perception about you, about starting a family, about his/her plans in a year, two or thereabouts. See where you feature in all of this. You can’t hope to propose to someone when you haven’t understood the other partner’s view on the relationship. It’s like the cliché: you look before you leap.

Deny him/her certain things that you feel makes them crazy about you and see if it provokes a response. It could be that they’re with you because of status in the society, sex, financial gains to name a few. Don’t get it all misunderstood. Strategic disengagement when things look bleak is not the same as giving up.

It’s true that some people have bad judgements, but careful attention to details might save us some embarrassment. Just before you go out there to dare, or prove something to the world, make sure the feelings are mutual.

I’d love to get your thoughts on this too. Did she break any girl-code? What are those telling signs before you propose?

19 thoughts on “Just Before You Leap”