As you look through the bottles on display in a Mart, you notice that they all have something in common- the welcoming fragrance. You have a conundrum on which to pick, and when you think of the amount you have to part with, is quite something.

Imagine this: If you were to buy any of the oil perfume, you might not really like it that much at first.But with time, you may discover it’s actually fine. You’ve also heard that a classy colleague uses it too, and that since Mrs B started to buy, she also hasn’t stopped. Then you buy. People smell it on you and they like it. You discover that it lasts- doesn’t easily leave your old clothes. So you like it more. But if you had discovered negatives as you used it, there would be no love.

The reverse happens to some love at first sight. You get close to someone, and the closer, the more the discoveries.

Wikipedia defines Love at first sight as a personal experience and a common trope in literature where a person, character, or speaker feels an instant, extreme, and ultimately long-lasting romantic attraction for a stranger upon the first sight of that stranger.

It’s typical of humans to have divergent views about someone on the first time of meeting. “Well, just there jare” is how you’d have labelled him/her when asked initially how you felt about them. It was clear they didn’t exactly match your taste and got your attention. You played them like a Christiano Ronaldo’s free-kick– actions that will make Physics Students understand projectiles better. But that is what it is.

The story of why you seemingly didn’t find them attractive enough,sometimes could be a complex one, a tale of muddled thinking. Their slender appearance or ”one-packed” abdomen could provoke an avalanche of jokes and mockery in your head, and you might even feel insulted by their guts to have asked you out.

Months later, and as maturity sets in, when you stand afar and look at this person, you could be forgiven for casting an envious look. You get talking again, his/her name is always atop your WhatsApp chat, you see the intelligence and mannerism- everything to suggest that the future is rosy.Perhaps, his visions struck a chord. And this time, there’s an acceptance within you that character, not beauty, is the answer.

At first, there are moments of uncertainties about what you really feel but each time you think of the side of your bed that needs occupancy, it’s her picture that comes to mind. You can no longer hide the feelings. It’s like burying a corpse and leaving the legs outside. When you walk past this person and reflect on when their presence didn’t just matter, it feels like a shot taken to explain words and opposite schematically. 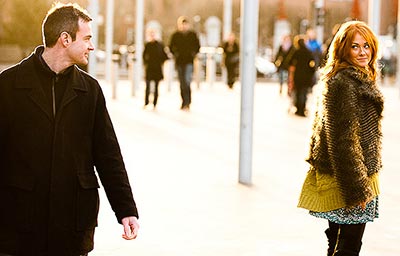 You’re just in awe of him, and without any sort of explanation; one day you just realize he’s no longer ugly. You are not bothered about what your friends think about this new development even as they struggle to understand how you’re now into the guy. He still doesn’t have a car, and she hasn’t still developed those boobs you crave.

Instead, it is only repertoire of her qualities- almost in defiance of the friends who ask the “guy-wetin-dey-happen-question”.

You may not instantly recognize it, but there were times in life when we didn’t just find our partners or those we seem to have sold our hearts to now, attractive. They have now become the quintessential kind of person only after you looked hard enough and saw the beauty in them.

You have suddenly found out that what you were looking for, you have found, and maybe, something much greater than that. Beyond the contours on her body, beyond his wealth and car, there’s being some doctrines added to your life to show you that intelligence and hard-work are sexy traits. Still, you cannot pinpoint what exactly changed. Maybe it was the frontal lobes of the brain telling the hypothalamus what matters, and what doesn’t count.

Everyone calls you by your name, but there is only one person who makes it sound so damn special.

These days when you visit him, after the conventional hugs and grins on your faces, your next comment is always “boo, please go and lock the door”. Who would have thought?

So much for Now!

Well…I’ve been there, on the other side. Have you? What do you think reinforces these feelings?

9 thoughts on “Love at Second Sight”